“It was magical,” says Liza Nechamkin of her first foray into making things out of metal as a young teen. Growing up in New Jersey, Liza considered herself lucky to attend a high school that offered four years of “Craft” classes, covering everything from weaving and ceramics to mosaics and basic jewelry making. While her parents pushed her towards a career in graphic design and illustration, “I secretly didn’t want to do that,” she says.

After researching universities and colleges that offered both a craft program as well as her parent’s desired concentrations, Liza began her freshman year at Rochester Institute of Technology in New York. “I went there for graphic design and illustration and within a week I hated it,” she says. Shadowing some of her fellow dormmates in the metals program and observing their classes, “I went right down to the registrar’s office and changed everything. And then I told my parents what I’d done. It’s a five-hour drive from Rochester to where I live in New Jersey, and they were there the next morning,” she laughs. And the rest, as they say, is history.

Graduating from RIT with a concentration in holloware, Liza was hired right out of college by Tiffany & Co. as a chaser and silversmith. At the New Jersey shop, Liza began crafting everything from baby cups and porridge bowls to high-profile sporting trophies. “I really learned my trade there […] Metalsmithing programs in school teach you the concepts, the materials, the processes. But you really don’t learn a trade unless you’re in the shop doing it,” she says.

A testament to her innate skill and competency, Liza became tasked with training new hires, mentoring metalsmithing beginners and helping to make their tool sets. “That happened again and again and I just kind of became the tool person,” she recalls. Having learned tool making from her college professor Leonard Urso, a well-known sculptor and metalsmith, Liza became not only enamored with making holloware pieces, but also with the art of crafting the chasing tools needed to do so.

During her first year at Tiffany & Co., an older coworker of Liza’s happened to see an article in the paper about a man whose father had been a chaser at Tiffany & Co. for 70 years. After being hounded by her coworker to look up the man’s number, Liza finally conceded and gave him a call. Visiting him in his home, Liza was shocked when he emerged from his basement with two giant boxes of his late father’s tools. “He asked me, ‘Can you use these? Are these the tools you’re talking about?’ And I just about passed out,” she says. With 2,000 chasing tools dating back to the 1880s now in her possession, this unbelievable treasure trove would be the catalyst and inspiration for her own future line of tools.

“I come from a family of entrepreneurs,” says Liza. “I really always wanted my own business.” Her father, a civil engineer, decided to construct a building to house his commercial construction company. He came to her and asked her if she would like a shop within the new building. “Stupid question,” she laughs. So, her father carved out a small space for her, even engineering a window where structurally there shouldn’t have been one. “So, I got my window, I got my little workspace and I started doing repair work while still working at Tiffany & Co.,” she explains.

Advertising for repair work in local newspapers, Liza quickly realized there was money to be made in the restoration business. Working at night and on weekends on her new side business, she made a name for herself restoring tea sets, candelabras, picture frames and more. “I think what leads me to really enjoying restoration work is that I have the background in making these objects […] I know all the processes and materials. When someone brings me something, I have to figure out how to get inside of it or take it apart […] The time disappears and I can really just get into a flow when I have something that’s complex,” she says.

While still at her full-time job and managing her restoration business on the side, the busy entrepreneur also made time to teach, taking “vacations” to teach summer workshops on chasing and Repoussé. But when it came time to create supply lists for her students, she quickly realized there were no tools on the market to meet their needs. “You could not buy ready-to-go chasing tools from a distributor. Nobody had those,” she says.

Starting with her gifted collection, Liza broke the 2,000 or so tools into smaller sets, marking them with specific colors and signing them out to her students on an individual basis. While she dreamed of manufacturing and selling her own sets, she knew that making hundreds of tools herself just wasn’t feasible. After connecting with Otto Frei, Liza spent a year and half working with manufacturers on prototypes. Just as the tools were ready to market, “the stars aligned” and Liza left her position at Tiffany’s after 13 years to care for her newborn son and have a go at running her own business full-time.

“I love my tools. I love making them. Tools are an extension of a person’s hand and so, how to make that tool fit into the hand and feel good and do its job […] it’s an artform,” she states. The most important aspect for Liza? That her tools make sense together, no matter the skill level of the user. “They’re not just random tools or small sets where you buy one and don’t have anything else. They’re grouped together so that you have what you need,” she explains.

Along with her chasing and Repoussé tools, Liza’s business, Nechamkin Silver Studios, offers classes, silver restoration and repair, custom silver work and spinning services out of the very same space where it began. Expanding from the original 12 x 12-foot space into 900 square feet, Liza handles each and every process with only part-time help, though she hopes to hire a full-time studio assistant in the near future. For now, this one-woman show is putting on quite a performance.

“When I look as a whole at everything I’ve done […] I have more of an engineering mind than, just say, a craftsperson or an artist might,” Liza states. “What really makes me tick is figuring out how to problem solve.” Whereas earlier in her career, Liza was driven by what she could make, today she is driven by figuring out how to run and grow her business.

In speaking to the breadth of her career, she states, “I have made so many things; I have made the most complex, exciting things.” From the PGA’s FedEx Cup to Major League Baseball’s World Series trophy, to limited-edition Tiffany & Co. tea sets worth thousands of dollars, Liza really does seem to have mastered the making aspect of her trade.

“My artform now at this point in my life is steering my business and coming up with new things […] I have new tool types and ideas and I want to manufacture them. So okay, who is going to manufacture this? Where am I getting the parts? What am I going to do in-house? What am I going to send out? How much will it cost? What are my options?” she asks hypothetically, her wheels already spinning. “To me, that’s the art. That’s the creativity. That’s my sculpture. That’s my masterpiece.”

To learn more about Liza and her products, visit nechamkin.com

Creating Low-Relief Design in Copper with Chasing and Repoussé 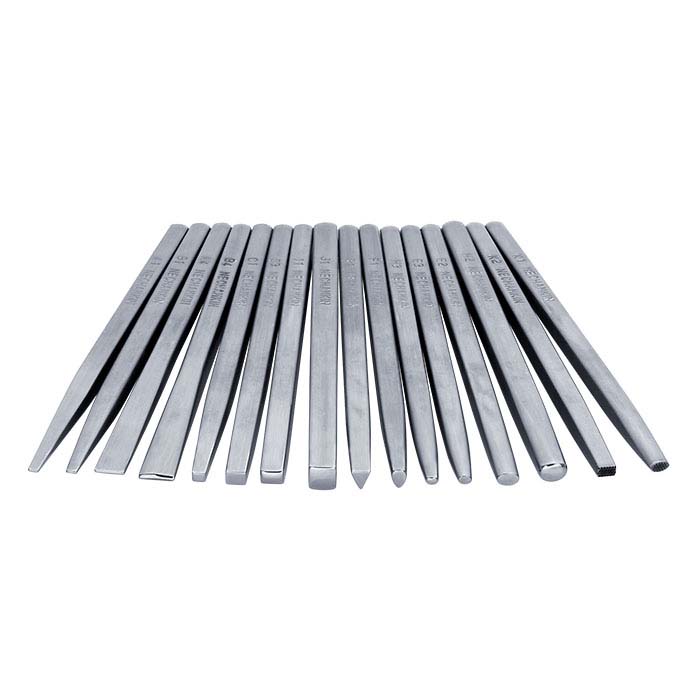 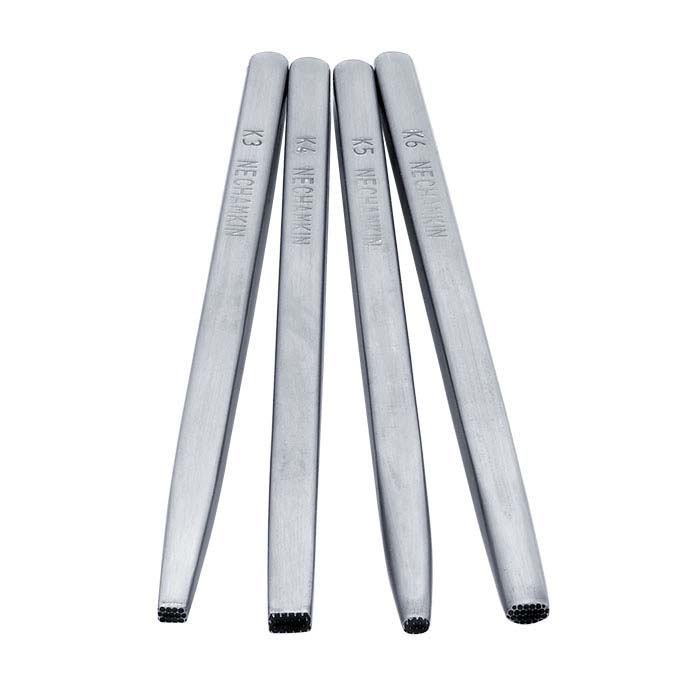 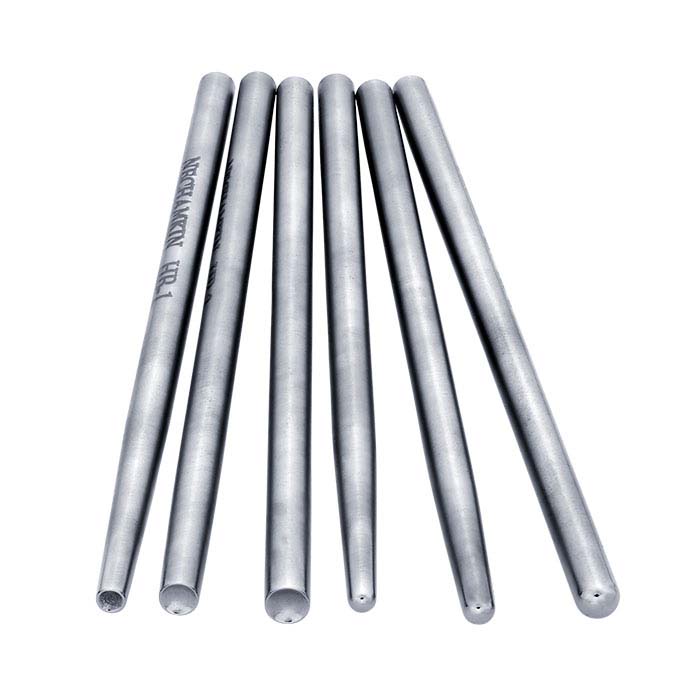 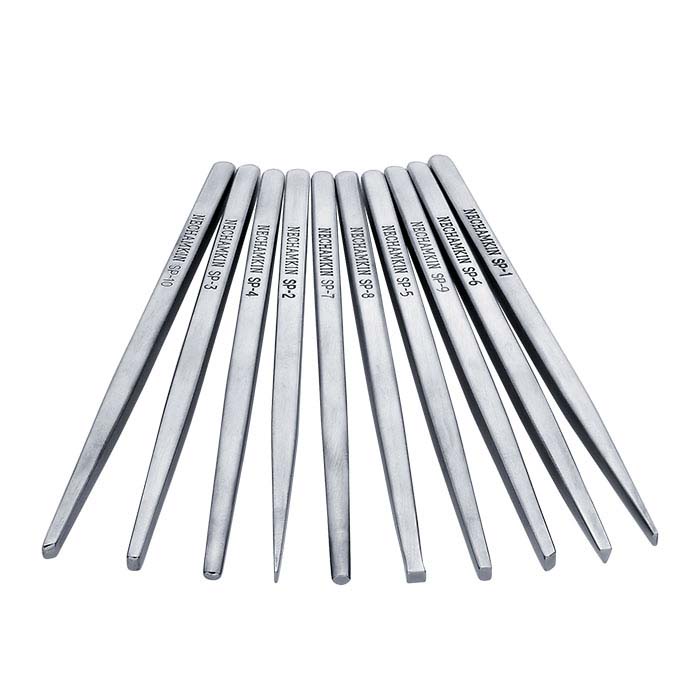 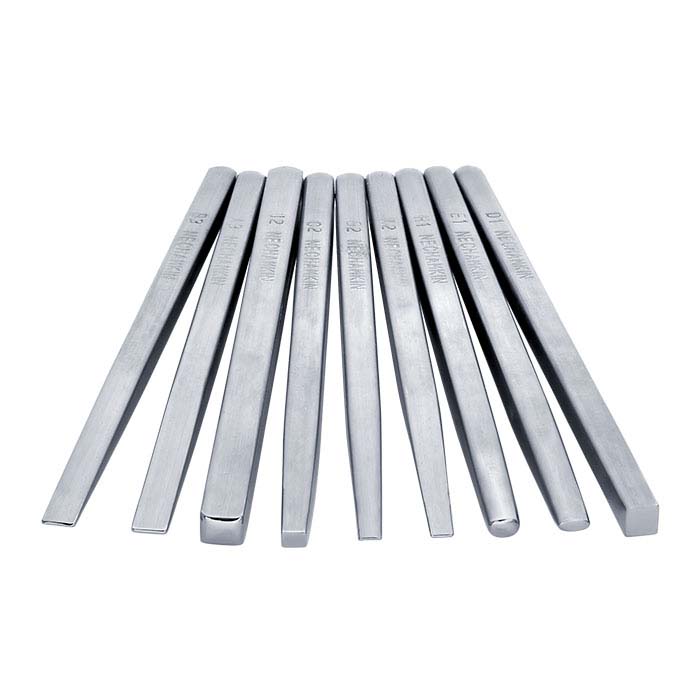