The master wax carver and beloved educator shares stories from her own creative process and how lessons learned early in her career continue to influence her teaching style.

If it hadn’t been for a certain professor’s early retirement, we might be talking about Kate Wolf’s gorgeous pottery today. But, as fate would have it, Kate landed in the world of metals and has since become synonymous with the art of wax carving.

“I went to art school to study ceramics, but they retired the guy that I was going to study with before I had a chance to study with him […] I thought well, they have a good metals studio. I’ll try it,” Kate recalls. “And I so remember my very first day thinking, ‘Wow, I could do this for the rest of my life and there would still be a lot left to learn.’” Now, 43 years later, “I know I was absolutely right,” she says. “There’s no end to the different things you can learn in this field and it’s still exciting and fresh and new.”

It was during her time at Philadelphia’s Tyler School of Art that Kate first became acquainted with wax. “I had a housemate that was making tobacco pipes and she would use a big 1-pound block of wax and cut out what she needed for the pipe. And there was this big chunk of wax left that she was just going to throw out and I’m like, ‘Don’t throw that out!’” she laughs. “And I remember playing with it and being intrigued with the material.” But without much training on wax carving in school, for now it was just an idea to tuck away for later.

Graduating from art school, Kate landed a job in Philly’s jewelry district, working for a team of five brothers at Castleview Jewelers. “They wanted me to learn everything they knew as fast as I could,” she says, noting how uncommon this was for the industry at the time. “Back then you would polish or run errands or clean up the shop for years before somebody would teach you anything that was important to know,” says Kate. During her six and a half years as Castleview, Kate finished castings, did repairs, mold making and wax model making. Outside of stone setting, “Anything they needed, I would do it,” she says.

It wasn’t until Kate was hired as a model maker at the Franklin Mint that she had her first “major breakthrough.” A year into her position, a model maker named Lazar Portnoy was hired. “He had come over from Moscow and studied with a model maker in New York who taught him how to make carving tools out of bike spokes,” explains Kate. Lazar showed Kate a few of the tool tips he had created and gave her permission to make them as well. “I kept going with it, making more and more shapes and different sizes,” she says. Once more asking his permission, she began producing these tools, later marketing them as Wolf Wax Carving Tools. “We’re still close friends,” she says, calling Lazar “the most talented wax carver I’ve ever met by light years.”

Winning an Innovator’s Award in 2004, Kate’s color-coded tool set comes with a booklet explaining each tool’s specific purpose, as well as suggested projects. “Every tool shape has a different task,” she explains. It’s a poor craftsman who blames his tools, or so the saying goes. “I think that’s absolutely wrong. I think a good craftsman blames their tools and then they make them better,” states Kate.

It was during her time at the Mint that Kate came to define and divide her creative process into 3 phases: Avoidance, Amateur Hour and Flow. Whereas her previous job at Castleview had been all about quantity, she found herself thrust into a position where quality was of the utmost importance. “Every mistake you made was multiplied by the size of the production run,” she explains. “And when I first got there, I was not good enough. I was just tied in knots […] because I had never had to be that precise before. I had a lot to learn that first year,” she states.

Paralyzed by imposter syndrome, Kate was tasked with providing her superiors with estimates of how long projects would take her and what final products would weigh before she even began. “Which I still can’t do. And I’ve been at this for 43 years,” she says. And so, this phase came to be called Avoidance. Shifting into Amateur Hour, Kate would start out with a piece of wax three times the size of what she needed to allow room for error. “Now I know you’re better off starting with a piece of material as close to the finished dimensions as possible […] But I would lose all my lay out lines and it would look like a wad of bubblegum for the longest time. Not the look I was going for,” she laughs.

With time and trial and error, Kate’s final phase, Flow, would happen. “Where your skills are matched to your task at hand and you’re lost in the creative process,” she explains. It is this very experience that draws people to artistic endeavors, she muses. “But what people don’t realize is, you have to suffer through Amateur Hour to get there. And Amateur Hour is a really vital part of the creative process. If you don’t have that struggle, then you’re not learning anything new.” With her teaching career, it has been Kate’s continued goal to help her students achieve that Flow experience that much quicker. “Not to avoid Amateur Hour, but to make it more tolerable and not last as long,” she says.

Upon moving to Maine where she currently resides, Kate was encouraged to begin teaching by a man who owned a casting company. “He wanted me to teach his customers how to carve or how to make their models better,” she says. Today, Kate’s wax carving classes are waitlisted for years, her most popular a week-long carving intensive covering a wide range of techniques.

“There’s one thing I talk about in class that seems to resonate with everybody and that’s all about helping people to understand that they have a good eye and that they can trust their judgement,” she says. Calling them her “two magic questions,” Kate repeatedly asks her students, “Where is your eye being pulled and why?” Addressing the issue of visual tension, Kate helps her students to see where their piece may need resolving, helping them to trust both their eye and their ability with the material.

As for her own art, Kate continues to create. But it’s in the classroom that she finds true joy. “When I have a student who has a project that they are struggling with and I help them figure out a breakthrough […] I get as much out of the learning process as they do,” she says.

When she’s not her Portland classroom, Kate is dreaming up future tool designs, working on online classes and enjoying her surroundings—her home studio is located just a few houses from the water. Kayaking, gardening and creating, “I live in paradise,” she says. 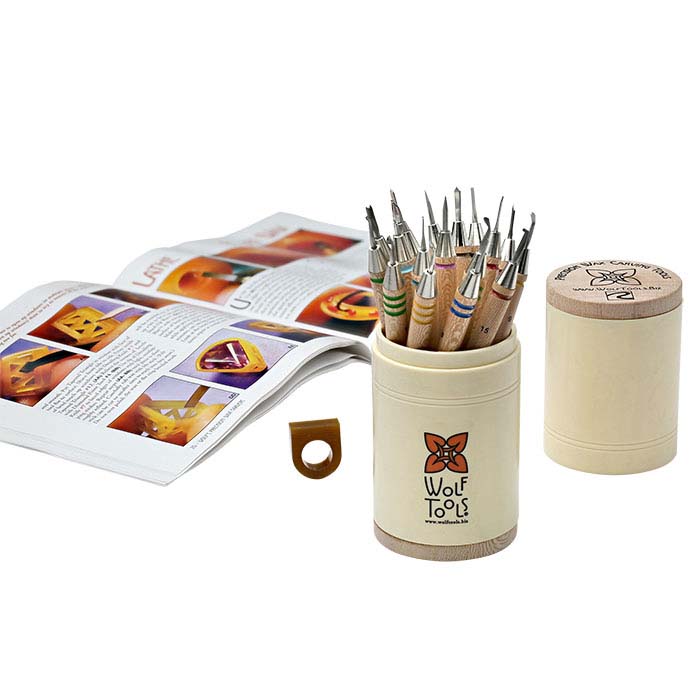 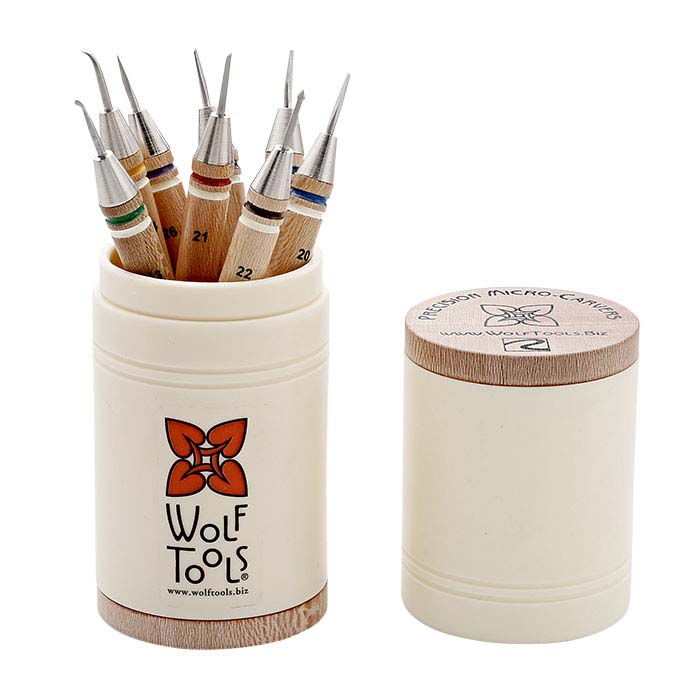