Eduardo and Natasha Lome: Designing for the Future

For the father-daughter team behind Lome Designs, a love for experimentation and innovation runs in the family.

Eduardo Lome with his daughter, Natasha, and wife, Arelys.

Born and raised in Buenos Aires, Argentina, Eduardo Lome took a rather circuitous route to becoming the Las Vegas jeweler he is today. On track out of high school to become an accountant, Eduardo held a number of odd jobs around the city—selling coffee, handing out pamphlets at open houses, and driving for his father's taxi business. At age 18, a chance encounter with a Colombian man working in jewelry manufacturing narrowed Eduardo's focus and provided him with a background in mass production, welding, stone setting and more. "He took me in, answered my questions, taught me the ropes and I found I liked the trade,” says Eduardo. From there, Lome Designs was born.

Moving to Las Vegas at the age of 21 to further his career in the industry, Eduardo found a job within 3 days, hired on at a jewelry store as additional help during the busy holiday season.  What followed were positions at various jewelry stores around town over the years, building his skill set, portfolio of custom work and reputation with clients. A position in the jewelry section of a store called World of Watches proved most fortuitous when the owner offered to sell Eduardo the business upon his retirement. "He liked my work and he liked how I talked to customers, so when he retired after 25 years, he sold it to me," says Eduardo.

Nine years later, the old World of Watches in Las Vegas' jewelry district exists as Lome Designs, a full-service jewelry business offering custom designs from both Eduardo and his 23-year-old daughter Natasha. "Custom work is my bread and butter, but I do everything" Eduardo says, quick to not be pigeonholed into one facet of the industry. And while Eduardo is the old master, hand-carving his custom designs first in wax, his daughter is taking the business into the future with CAD.

"We'd been looking to expand our business for about a year, and we knew CAD was the next step for us," explains Eduardo. "I told my daughter, I'm the jeweler, I can design, but you be the computer person," he adds. While Natasha helped out the jewelry store on weekends during high school to earn some pocket money, it's only in the last 2 years that she has taken on a major role in the business.

After moving to New York and realizing the Big Apple wasn't for her, Natasha returned home to Las Vegas and came to her dad with an idea. "I told my dad there has to be a way we can develop something together that will provide a future both for me and the business; something for us to make our mark," she says. "CAD was the natural choice because we can create whatever we want on the PC and mass produce it."

After a mixture of online CAD classes and plenty of experimental trial and error, Natasha feels comfortable with the software she uses to create pieces for Lome Designs' latest line, Forever AU—"a nerdy salute to the periodic table," she laughs. Since the launch of the website in December of 2020, the duo has already seen huge success, with Natasha's affordable designs selling faster than any pieces the pair purchases from manufacturers.

Together the father-daughter team bring different strengths to create a successful end result. "While I would love to learn to carve wax by hand like my dad, I just don't have his creative vision. What's great about CAD is you don’t have to know how to carve wax by hand. Learning how to use the software takes time, but definitely not as much time as making everything by hand every time!" she says.

Even as their strengths vary, the pair find commonality in their love for contemporary design and innovation. And while many members of the old school might resist the future that CAD has to offer the industry, Eduardo only sees the wealth of opportunities it affords. With plans to expand their business to a 3rd location—the second being a retail-only store in Loughlin, Nevada—the duo has big plans for Lome Designs and its future lines. "Even with this software, there's still so much tradition in our jewelry," says Natasha. "I do see CAD as the future, but we'll always keep that tradition alive."

For more of Eduardo and Natasha's work, visit facebook.com/lomedesigns and myforeverau.com.

How Sandy Baker Got ‘Women into the Mix'

For the Love of Jewelers: Elizabeth Kirk 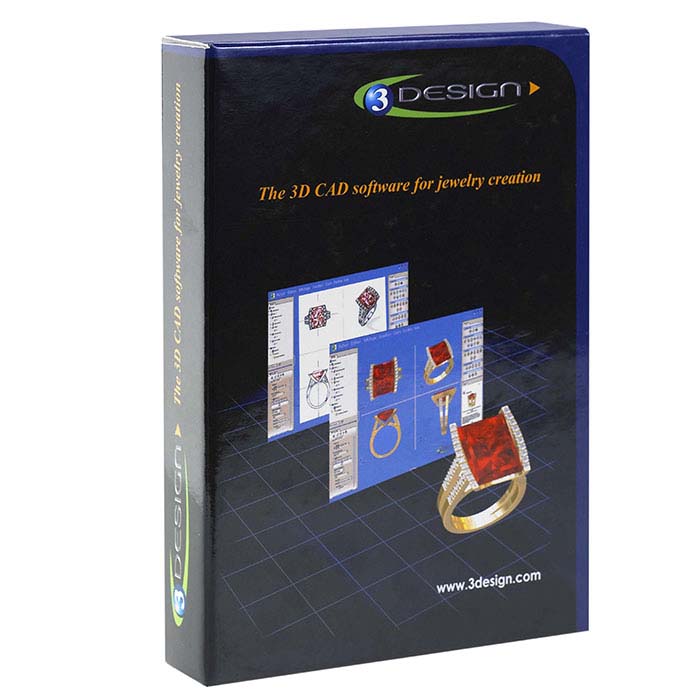 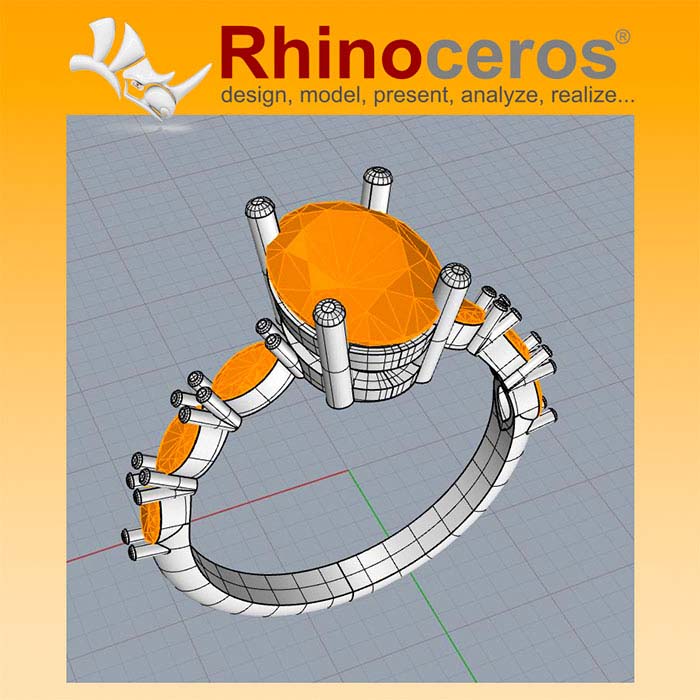