A Basic Guide to Gemstones

Diverse in colors, characteristics and origin, gemstones are the stuff of myth and legend. This article explores different gemstone varieties and explains key quality considerations for jewelers when shopping for gemstones.

Gemstones have captivated humans since our inception. Diverse in colors, characteristics and origin, gemstones are the things legends and myths are made of, mystifying and mesmerizing cultures throughout time.

Gemstones appear in early writings, mentioned as a decoration, symbol of wealth, source of power, and coveted object. According to ancient Vedic text, natural gemstones transmit astral powers, like radio crystals transform sound. The idea of birthstones—a gem assigned to each month of the year—can be traced back to the Breastplate of Aaron, described in the book of Exodus in the Bible, as set with 12 gemstones representing the 12 tribes of Israel.

Most gems are formed as crystals, with growth determined by a coming together of materials (like carbon, clay, silica, lime, magnesia, and alkalis); environment (i.e. pressure and temperature); and time (over millions of years).

There are several gems produced by living organisms, with the most commonly known amber, coral, and pearl. Amber comes from natural fossilized tree resin, 40 million years old. Gem coral is formed from the hardened skeletons of coral polyps. Pearls are produced in certain salt- and fresh water mollusks from the release of calcium carbonate, aka mother-of pearl or nacre, around an irritant.

Developments in science and technology like pearl cultivation, the commercial production of laboratory-grown gemstones, and treatments that improve gem quality and appearance have been and will continue to be important in shaping the gem and jewelry industry.

From agate to zircon, there are about 200 different varieties of natural gemstones according to the latest edition of Walter Schumann's "Gemstones of the World". Not all are suitable for jewelry, with some gems too soft, brittle or easily damaged, and best kept as collector stones.

The Mohs scale of mineral hardness is a handy reference for determining a gem's resistance to scratches. This qualitative scale characterizes the scratch resistance of various minerals through the ability of harder minerals to scratch softer ones. Diamond is the hardest at 10. Typically, a gem ranking 7 or higher is suitable for rings, which are more vulnerable to impacts than earrings. Many popular gems fall in the 7 to 9 range, with sapphire and ruby second to diamond, followed by slightly softer gems such as topaz, emerald, garnet, tourmaline, amethyst, citrine, peridot and tanzanite. Gems like amber, coral and pearl at Mohs 3 require more consideration in setting, jewelry style and care.

Among the gemstones that are most popular in fine jewelry are varieties that come in a range of colors, notably diamond, sapphire, garnet, spinel, tourmaline and zircon. Tourmaline is hailed the "Rainbow Gem", possessing the widest color range in gem material.

One of the most common and varied minerals on the planet is quartz, with its most popular and valuable types, amethyst and citrine. Other forms of quartz used in jewelry today include rose, smoky, rock crystal and rutilated quartz; chalcedony, chrysoprase, agate, carnelian and tiger's eye.

Reflecting a spectrum of colors in one stone, opal is known as the "Queen of All Gems". The ancient naturalist Pliny the Elder described opal as "containing the glories of the most precious gems—the gentle fire of ruby, the rich purple of amethyst, the deep blue of sapphire, and the sea-green of emerald, all shining together in an indescribable union." One of the few gems not formed as a crystal, opal is composed of minute light-diffracting spheres of silica stacked in layers like a prism, refracting white light to produce a rainbow effect.

It wasn't until the mid-20th century that the Gemological Institute of America (GIA) created the first, and now internationally-accepted standard for assessing and communicating diamond quality based on color, clarity, cut and carat weight—aka "the 4Cs." FYI: the same quality factors used to assess diamonds apply to colored stones, but with different considerations in the "Cs."

The color evaluation of most gem-quality diamonds is based on the absence of color. GIA's D-to-Z color grading system measures the lack of color by comparing stones under controlled lighting and viewing conditions to master stones of established color value, with D colorless and Z light color (yellow or brown). Diamonds that show more intense yellows and browns than the "Z" rating, or displaying a color other than light yellow or brown (including pink, purple, blue, green, orange, gray and black) are considered fancy color diamonds.

While a lack of color matters in white diamonds, color is key in colored stones. Color dictates value based on the mix of primary and secondary colors. Intensity, tone and evenness influence price. Typically, brighter, richer, vivid colors are in greater demand and therefore priced higher. Softer, muted colors or colors between hues, which also can be very attractive, are usually less expensive.

Diamond clarity refers to the absence of inclusions and blemishes.While no diamond is pure, the closer it comes to flawless (no inclusions/blemishes obvious under 10X magnification) the higher its value. The number, size, type and position of inclusions and blemishes can affect transparency and brilliance. GIA's Diamond Clarity Scale has six categories, with some further divided to create 11 grades, from Flawless (F) to Included (I1, I2, I3) with obvious inclusions.

For colored stones, it's not the existence of flaws that matters as much as their type and placement. A crack near the surface may weaken durability and brilliance, while inconspicuous inclusions may have no affect. In clear transparent gems, those void of visible flaws are most valued. But in gem varieties like emerald the lack of inclusions is rare. Some gems are even valued for their inclusions. Phenomenal stones like star sapphire and cat's-eye chrysoberyl owe their bright beams of light to tiny, diffracting inclusions.

Cut is important in bringing out the best in a gem. A well-cut stone reflects light back evenly across its surface when face up. A bad cut can make a gem look dark or washed out. When evaluating cut, consider the overall balance of a gem's shape, surface condition, and brilliance. If the stone is too deep and narrow, areas of the gem will appear dark. If it's too shallow and wide, it will seem washed out and lifeless.

When it comes to white diamonds, the most coveted cut remains the round brilliant to solicit maximum brightness, fire and scintillation, which GIA identifies in five cut grades, from Excellent to Poor.

The size of a gemstone is generally expressed by its carat weight, with one carat equal to one-fifth of a gram. Traditionally gem prices are listed per carat. Large gems usually are more rare, so the price-per-carat is higher. But a gem like pink sapphire is difficult to find in sizes over 2 carats, while kunzite is more common in bigger stones, and prices reflect these realities.

Some gems are heavier than others, so the same carat weight may be a different size. A 1-carat diamond will not look the same as a 1-carat amethyst or 1-carat sapphire, as the specific gravity (its weight in water) is different—diamond is 3.52, amethyst is 2.66, and sapphire is 4.0. That's why you'll often see colored stones listed in millimeter sizes like 4 x 6mm or 5 x 7mm, so a 4 x 6mm sapphire will look the same size as a 4 x 6mm amethyst. FYI: A 6.5mm round diamond equates to 1 carat, a 6.5mm round sapphire equates to 1.41 carats.

Most gemstones are enhanced for color and/or clarity. Heat treatment is the most common process, and typically stable and permanent. Enhancements allow more consumers to afford beautiful gemstones.

There are several popular gem varieties that are not typically treated, including garnet, spinel and moonstone. But other gem favorites, like blue sapphire, are traditionally heated to permanently enhance its color. Emeralds are frequently enhanced with clear oils to diminish surface inclusions, but they require an oil-change every few years, and mechanical and chemical cleaners should be avoided.

Procuring treatment information in writing throughout the supply chain is imperative to support the full disclosure of details important to the care of the gemstone—be it how it's used in manufacturing, handled during repairs, worn, cleaned, or stored.

Ethical dealers use the treatment disclosure codes from the American Gem Trade Association (AGTA) and International Colored Gemstone Association—important resources for gem information, and organizations of which Rio Grande is a member. Rio Grande also is a member of the Responsible Jewelry Council (RJC), certified for its business practices and vendor compliance efforts.

Rio Grande offers as much visibility to the supply chain as possible, says Product Manager Kevin Whitmore—sharing mineral source data, treatment disclosure, information about the cutting centers used, and when possible, citing the mine a gem comes from. Customers today, especially Millennials, who will soon be the largest consumer demographic, want to know this information.

With such a vast variety of gem choices available it might seem overwhelming to take it all in. But have no fear; you don't have to go it alone.

As part of their commitment to serving the jewelry industry, Rio Grande strives to provide higher-value products that are always commercially available—goods of repeatable quality, ethically sourced, at accessible prices.

"We do not market anything that cannot be replenished over the years," Whitmore underscores. "Our gem cutters know we require exacting sizes and consistent cutting. We grade color very carefully, so the gem bought in March will be virtually identical to the gem bought in November."

For certain goods that vary, like turquoise, Whitmore says Rio Grande limits the variability in its grading to give buyers confidence in the general look they will receive. He says its gem team of GIA Graduate Gemologists routinely checks inventory, watching for undisclosed treatments.

Because being a jeweler is a never-ending journey, Demoulin says Rio Grande's website is constantly adding to its article and video series, data sheets, resource links, and inspiring stories for jewelers who are just starting out and those who've been doing this for decades. 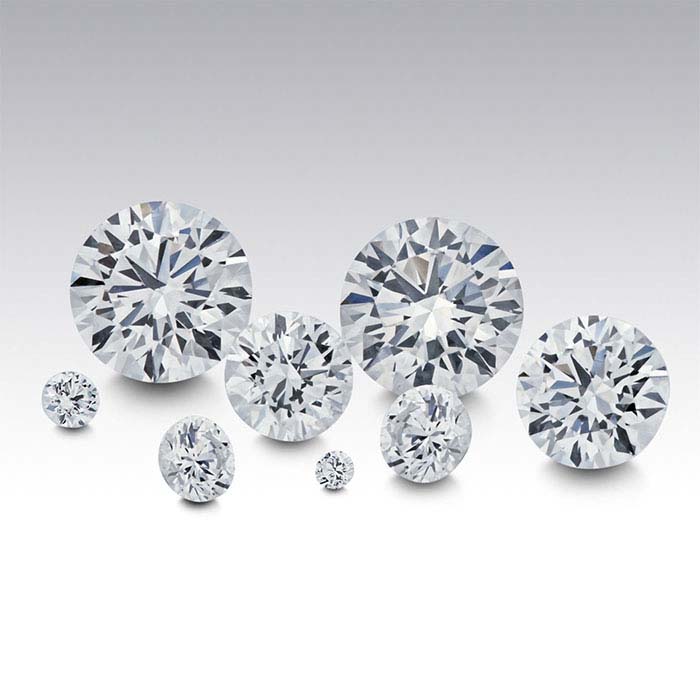 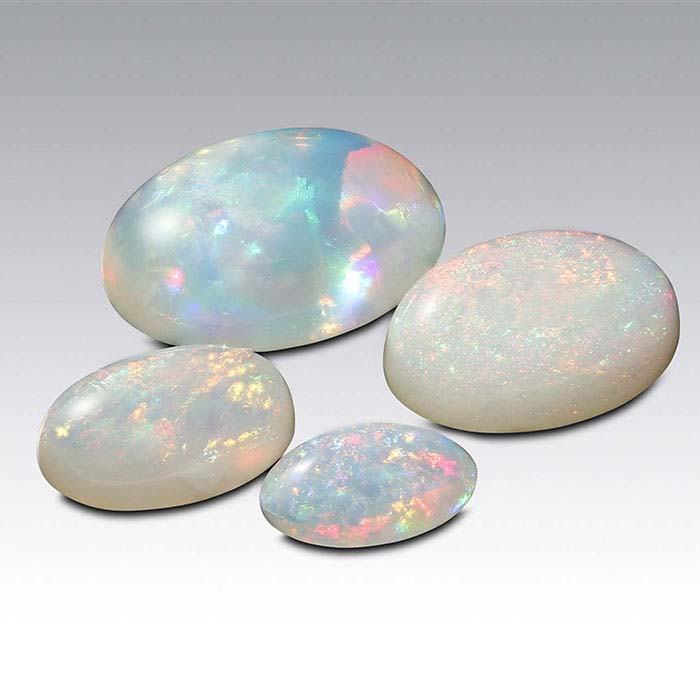 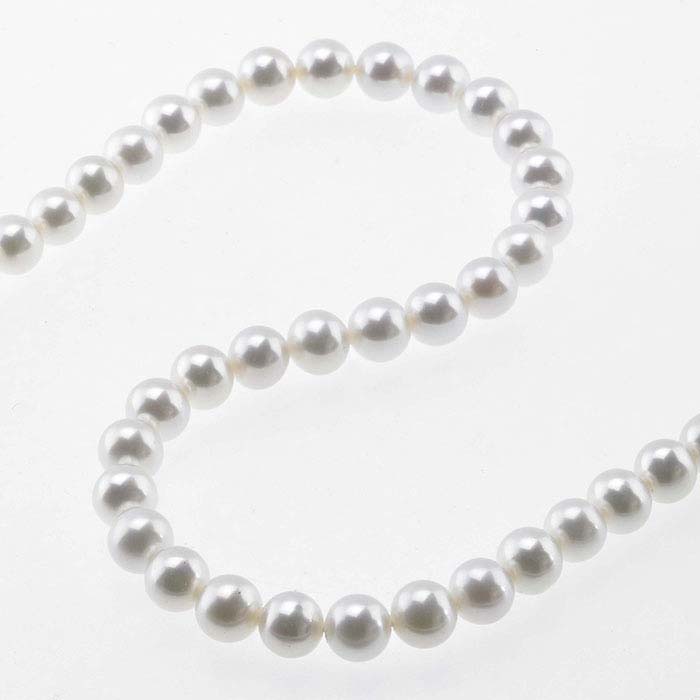